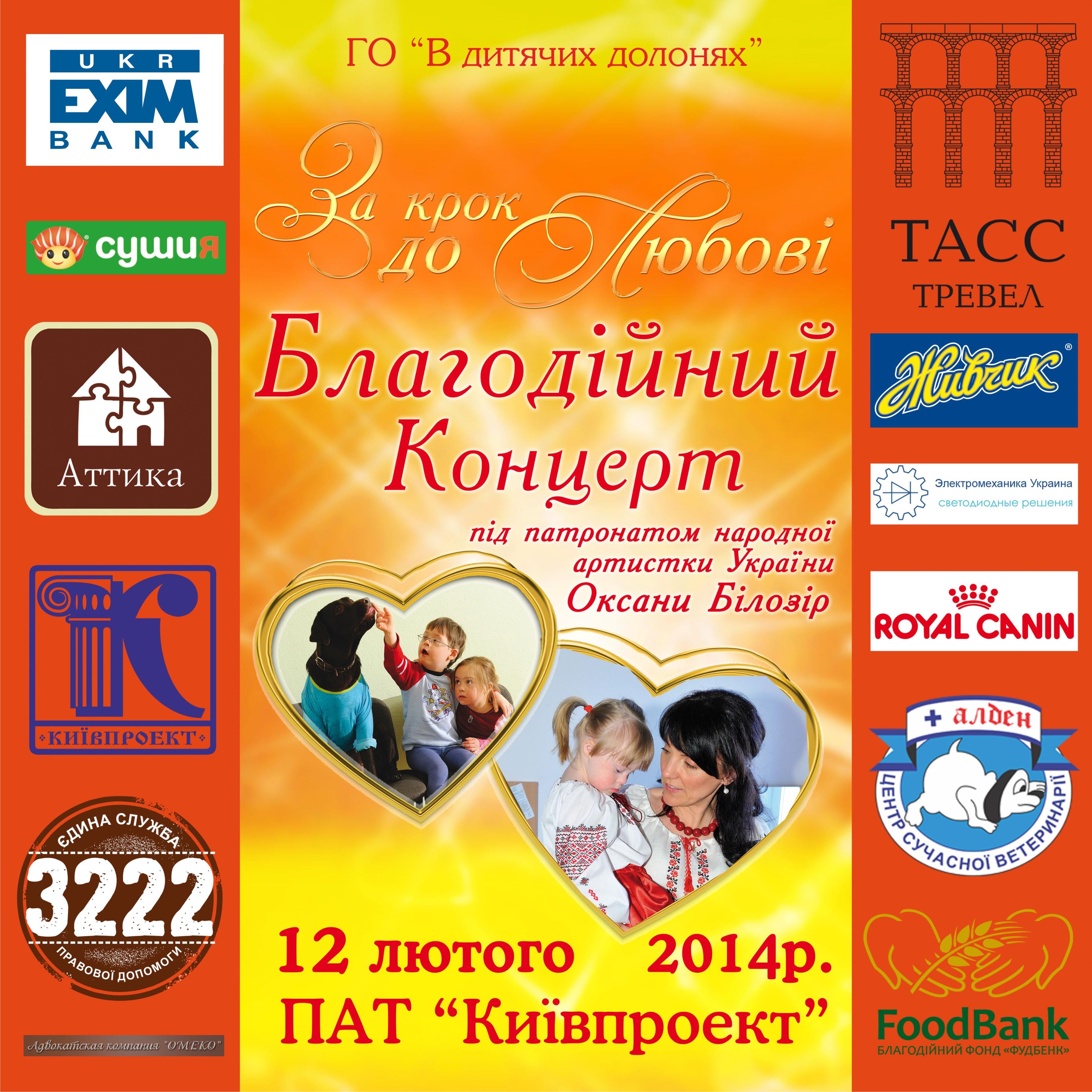 The purpose of the event was to draw public attention to the issue of the place of "special " children in our society and assist in the implementation of educational and psychological programs for them , and raise funds to support children with Down syndrome , autism, mental retardation and impaired speech. We wanted to inform the public of pedagogical innovations through which "special" children learn together with conventional in kindergartens and schools .

The concert was attended by our graduates - preschoolers with Down syndrome who showed thumbnail sketches based on poems by A. Barto with elements kanisterapiyi ( sobakolikuvannya ).

Also on the scene made an amateur theater " germ ", young artists who - for people with special needs - room rose in applause !

As the guests were invited heads of agencies , public institutions , students university education and psychological guidance. The event took place with the participation of such TV channels as " Inter ", " 1 +1 ", " 112 channel " and other media.

The event was held on the eve of Valentine's Day. So , of course, was and giving gifts from patrons : KMBF " Foodbank " Charity Fund Sergey Radonyezhskoho , publishing center "12" , International Educational and Cultural Association and social activist Natalia Yusupova.

A big thank you to all who are not indifferent to organizations for their help in organizing and conducting the concert. More details of our heritage can be seen here