I invite you to the game 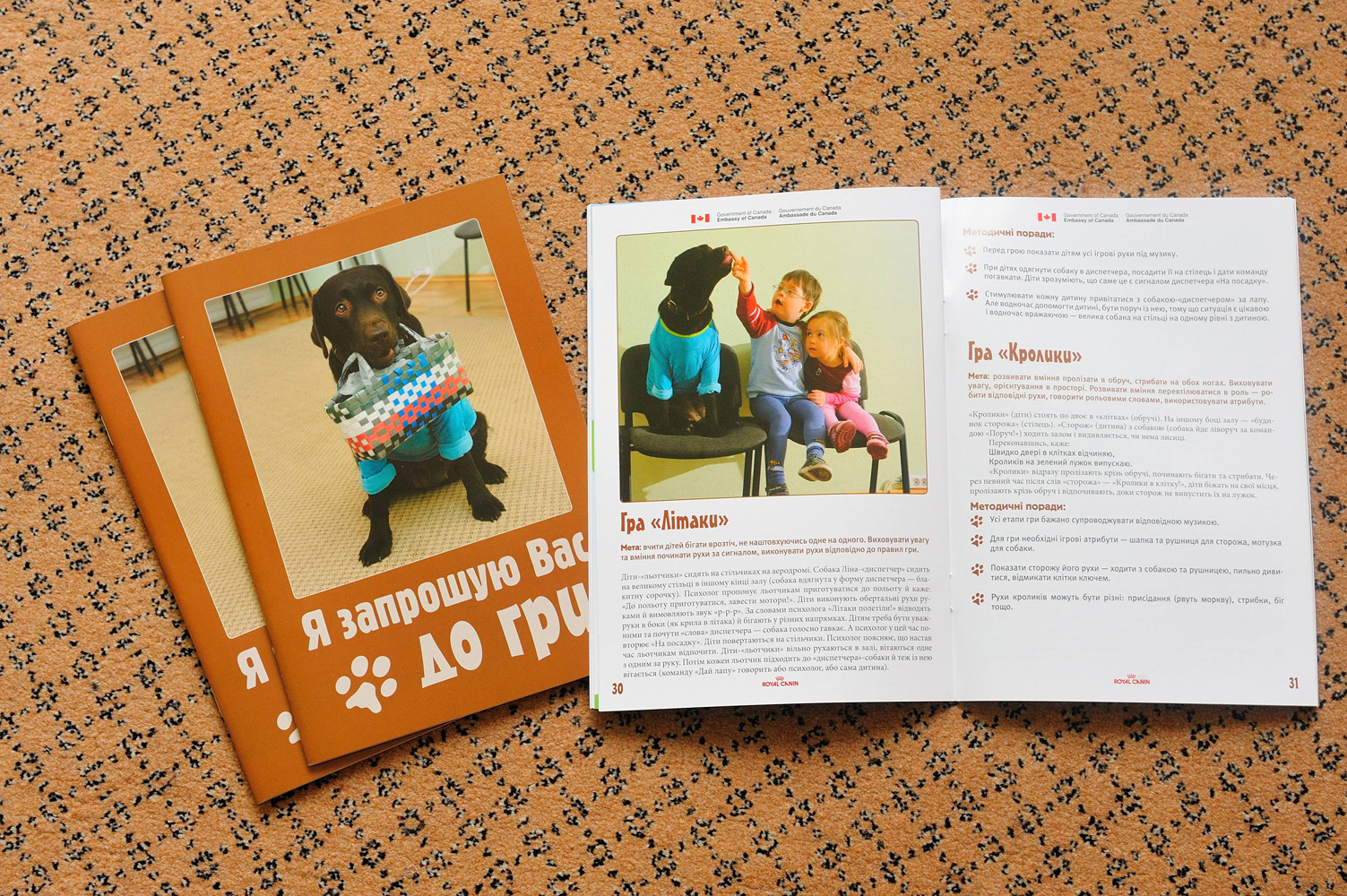 The book "I invite you to the game" (Guidelines for kanistherapy to work with children with Down syndrome of pre-school age) was presented in March 21, 2012. This event took place in the "Wonderful World" (development and entertainment family center) on the following address: 24/10 Malynovskogo Street, Kyiv.

Families of children with Down syndrome, teachers-practitioners and scientists from Drahomanov University and Kiev University named after Grinchenko, friends and partners of the organization were invited for the presentation. 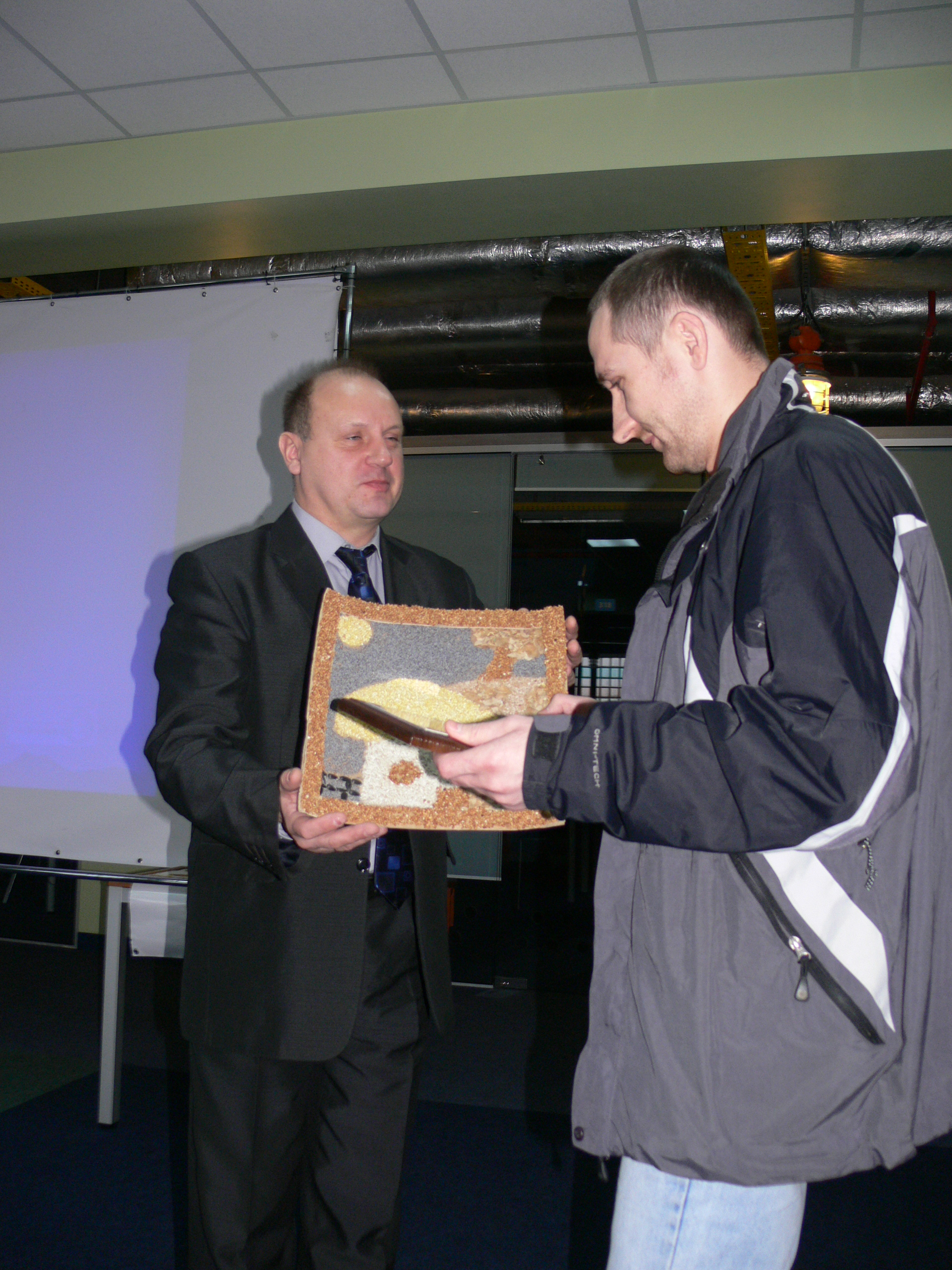 The event has started with a demonstration of a small documentary film about the use of kanistherapy (therapeutic influence of dogs on human being) at kindergartens visited by kids with Down syndrome in Obolon.

Furthermore, we tried to explain the essence of the method of kanistherapy: 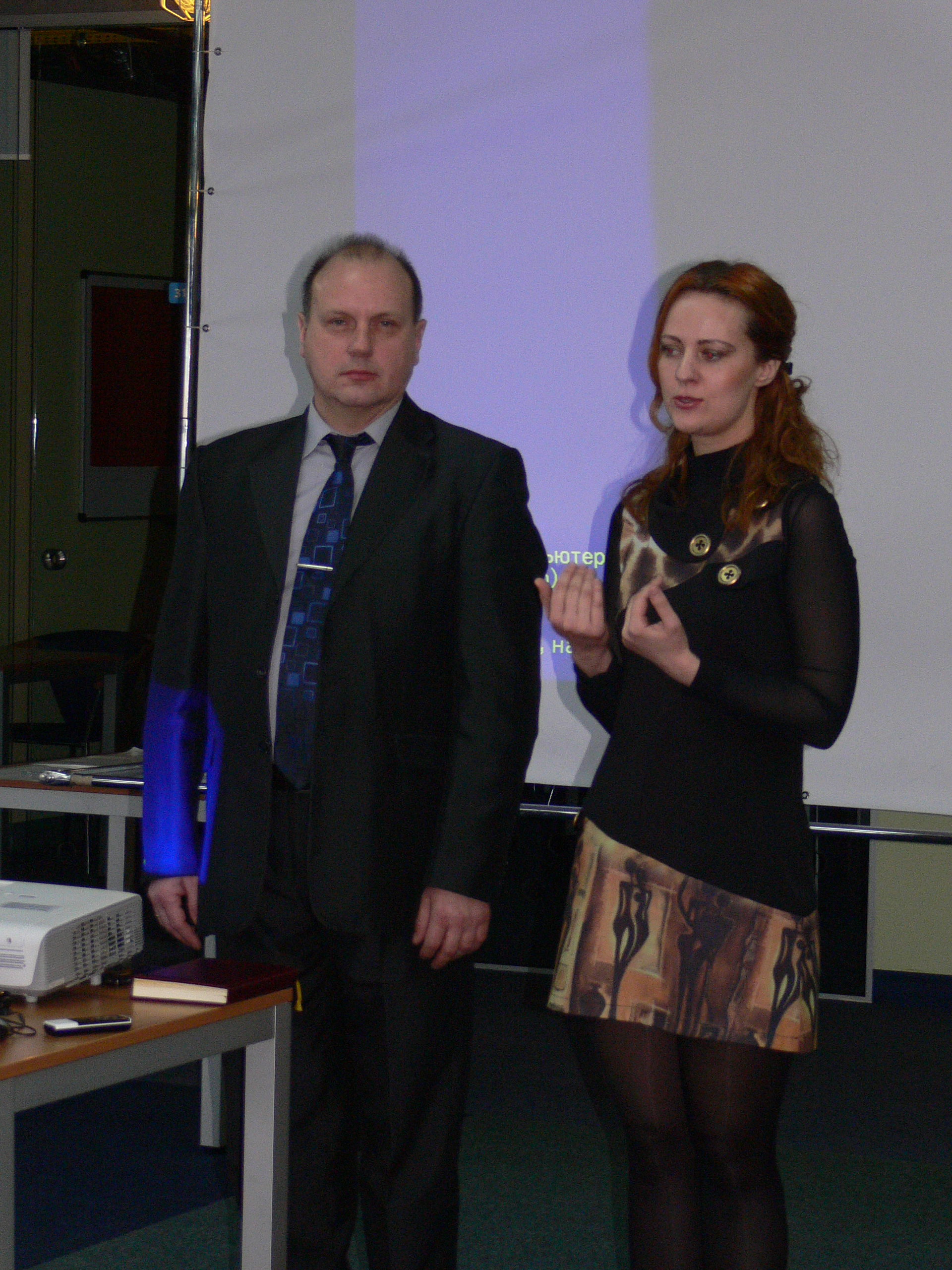 Psychotherapeutic effect is achieved thanks to a dog which is in contrast to a teacher does not require the child’s acquisition of some knowledge, understanding of some rules, getting skills; a dog simply plays with a child, causing his/her such an emotional state when the child begins to "open".

At first, sign language has been built and then articulation and verbal one. As it turned out, the dog (its nickname is Linda) is able to take orders and happy to do them. Moreover, a dog could be feeded, flattered, scratched; you can take dog’s paw and even pull the tail and sit astride!

Developing fine motor activity of hands in such an easy way a child stimulates the development of facial, throat and tongue muscles responsible for the pronunciation.

The child simply "forgets" that she/he cannot speak clearly and starts to pronounce sounds, syllables, and then words-orders more clear; he/she begins to realize the connection between them and the actions of all "dog" process’ participants.

It slowly begins to form the second signal system, which is still "asleep", and child’s intellectual and mental abilities are waked up.

As for the issue directly, we note that for the first time in Ukraine the author made an attempt to explore and organize knowledge and experience gained experimentally during the work with "special" children using positive impact of dogs on the psychological state of a child.

It is doubtless that the interaction of "special" and healthy children with a dog (as the most accessible and "highly intellectual" animal) has not only educational, ethical, environmental and developmental aspects, but it also has deep psychotherapeutic effect based on the correction of delicate emotional areas and child’s inner subconscious feeling-awareness to be a part of the natural environment and universe.

Harmonization of the emotional state of any child is the basis for his/her smooth, easy and creative development as individuals.